The Hartkaiserbahn was the funicular railway that took skiers up from Ellmau to the Panoramic restaurant.  And on into the Skiwelt.  Here's a photo which I scrounged from John Barr, the Austria Ski Guide, of the funicular in the 1970s, when his mum and dad went there on their summer holiday. 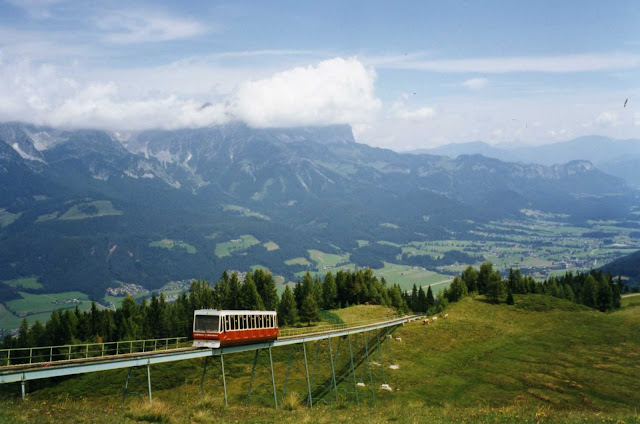 And here's one I took in March 2015.  It's just coming down into the bottom station to collect me.  And a few others, of course. 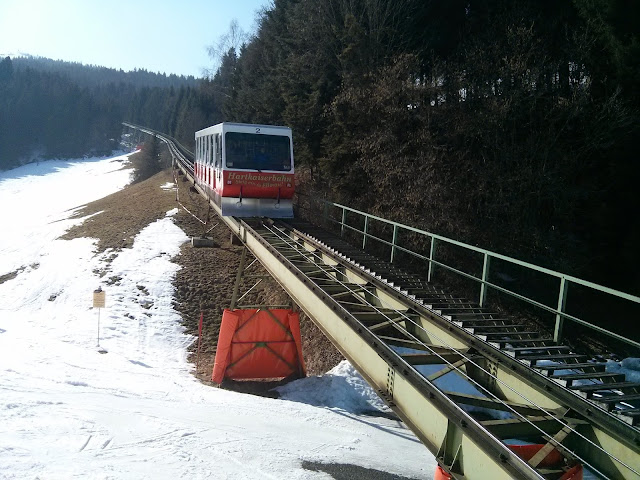 And they have spent the summer of 2015 removing it.  (The ski lift people I mean, not John's mum and dad.)

It's progress, of course.  They are replacing the old funicular, dating from 1970, with a state of the art gondola.

Here's a photo from the Skiwelt site of the crane removing the carriage. 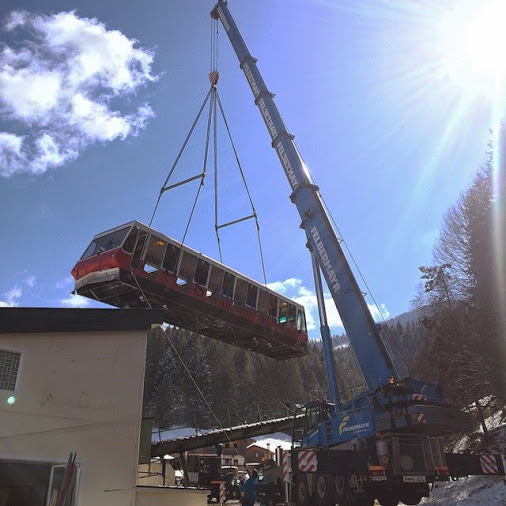 It was a bit of a dinosaur.  Pretty much every time I used it, it was horribly cramped, standing room only, rather less than user friendly.   You had to climb up a set of steps to get to the top of the carriage, clumpitty clump, then fight your way in.  If you were anything less than 1.6m tall you would struggle to stay upright as you probably wouldn't be able to reach the hanging straps.

A nightmare for the maintenance engineers, parts would have to be made specially to order if anything ever went wrong.

The track went up the mountain.   The track came down the mountain.  And halfway up it split, the two carriages thundered past each other, and then back they went onto the single track again.  Scary stuff.

The new one promises to be far more comfortable, quicker, double the capacity, heated seats, hot and cold running wifi, the best thing since sliced bread.

And yet, it's a sad day for the history of skiing. Excuse me while I wipe a little tear away.